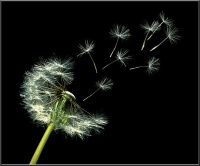 2nd Timothy 2:2 – “And the things you have heard me say in the presence of many witnesses, entrust to reliable men who will also be qualified to teach others.”

I am convinced that Paul was a genius.  A Spirit-led, Spirit-filled genius.  The man knew what he was doing.  I am also convinced that if we want to have any sort of lasting legacy in our life or walk with Jesus, we need to heed Paul’s strategy.  Paul speaks of reproducing leaders into the fourth generation:

who will also be qualified to TEACH OTHERS (4th generation).

This is how it has been done throughout the entirety of the New Testament, but we get an up close and personal model of this especially in the lives and ministries of Jesus and Paul.  Jesus functionally had a microchurch of twelve disciples, but He focused extra time and attention on what I call His three apprentices: James, Peter and John who all became foundational pillars of the early church.  Paul also was constantly raising up apprentices and launching them out to plant churches, oversee church plants, and have them do to others what Paul did for them.

Everywhere Jesus and Paul went, they multiplied apprentices, disciples, macro and microchurches in their wake.  It was a natural by-product of their ministry; apprentices were raised up to step into leadership positions.  And because of this, disciples learned how to make disciples who planted churches, and those churches planted other churches that multiplied everywhere in the known world.

Paul was so successful because he saw disciples generationally.  He saw the potential, pulled that out of them, and then multiplied them out.  But he didn’t stop there; he also infused that reproductive DNA into his apprentices so that as soon as they were launched, they were already looking for their own apprentice and thinking about their own multiplication.

I firmly believe that this was one of the “secrets” of the success of the early church; their radical commitment to multiplication.  So let’s tap into this ancient wisdom and do what we were designed to do:  multiply.

Read more from Apprenticeship, Leadership, Multiplication
apprentice, discipleship, leader, leadership, microchurch, Multiplication, Paul, reproduce
← I Have a Dream
How to Fail Well as a Leader →
1 Comment Post a comment